In January, Ofsted posted a link to a set of videos that set to bust myths around inspections. What’s the name of the current Ofsted National Director who is active on twitter?

In February (actually it was January but it was still discussed beyond), which edu-tweeter & blogger posted a blog on his assembly on creationism following a debate about this tweet?

A. Everyone is entitled to their own opinion. Leave them alone.

B. Well it includes evidence. That’s all people want on Twitter.

March was the deadline for the TES awards nominations. Which twitter edu-blogger went on to win the Teacher Blogger award?

A. How do people have time to blog? All I do is plan and mark.

In April, (it was March but there was already something happening in March) edu-twitter was discussing #postergate. What was it about?

A.  This is exactly why I’m not on twitter.

B. I love posters. I can put my feet up and watch the kids busy colouring in for an hour.

C. It questioned the learning value of students making posters

In May, as the most followed teacher on Twitter, @TeacherToolkit announced he had how many followers?

A. The number of followers don’t matter. It’s quality not quantity.

In June, if Brexit had followed edu-Twitter, what would the outcome have been?

A. Either. As long as children are learning.

In July, #lunchgate caused much debate. What was it about?

A. Free meals for all primary students

B. A teacher shared a picture of their lunch

C. A newspaper published an article on a school that seemingly made a child eat their lunch away from the rest of the school due to an unpaid bill

In August, whilst most teachers were on school holidays,sitting on a beach or walking in the hills, some tweeters continued to argue about the prog/trad divide. What do this mean?

A. Clearly there’s not a simple dichotomy and anyone that argues there is is ‘diluded’

C. They are ways of teaching (traditional/progressive) 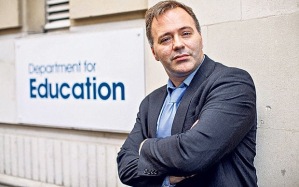 A. Conferences on a Saturday? Get a life.

B. Czar? Another government initiative run by people who haven’t ever taught and know nothing about teaching……


In November, Michaela School held a conference. One of their mantras was ‘Just tell ’em’. What does that mean?

A. Why were teachers in school on a Saturday, again?

B. Teachers should tell students which learning style they are.

C. Teachers should tell students what they need to know instead of making them find it out


In December, #Didau was popular. What happened?

A. Who knows? Who cares?

B. There was a campaign to support ginger teachers

You’re clearly inadequate in the edu-Twitter sphere. Give up any normal life out of education, download the Twitter app, turn on notifications and follow the edu-twitter elite immediately.

Requires improvement. You’re not passionate enough about teaching and the benefits of Twitter. Get yourself following Tom Bennett ASAP and write a blog.

Outstanding. You’ll soon be ready for instant promotion to one of the national Multi Academy Trusts as a very important person. You’ll be asked to speak at a Saturday conferences. And finally, you will write an edu-book that all your followers will buy. Congratulations.